The tool manufacturing company TWT is present throughout Europe and North America with the brands Zuani and Rekord as well as with its own branches and sales agencies. Consequently, today its share of exports is around seventy percent.

As a first step towards internationalisation, the company had chosen Germany that has the most demanding market. In Germany, clients have been attended to, since 1993, by Zuani Deutschland GmbH represented by their CEO Martin Rauscher and by his colleagues. After merging with Rekord, they became distributors of selected Rekord products too.

Rauscher sees the opportunity of further growth in the near future. On the one hand, TWT is an innovative company that offers products through unique sales proposals and has great capacity in creating individual solutions. The international sales network also offers the chance to learn from other markets and to adopt proven techniques.

On the other hand, thanks to the debate on sustainability, ecological footprint and CO2 reduction, the opportunities for selling wooden windows have risen again. Finally, market cultivation is made easier by a close contact approach, especially with local machinery manufacturers.

Mauro Fistarol and his colleagues are responsible for the domestic market in Italy. TWT is the country’s leading supplier and therefore is suffering from the ongoing economic crisis. Due to the scarce demand for new buildings, tool sales have dropped. This is partially compensated by the Italian state’s aids for restructuring.

In Italy too, PVC windows hold a very high market share due to their lower price. Fistarol claims that wooden windows can climb the market albeit with a shift towards wood/aluminium windows.

Christian Zuani, a member of the family, is responsible for a highly diversified mix of markets, and in addition to USA and Canada he supervises the UK, the Czech Republic, Switzerland and Austria. The company has representatives in Canada and in the United States. North America is a very large market but the percentage of wooden windows is rather small and window technology is underdeveloped.

“Energy saving is a problem only in cities with a European mentality, like Vancouver and New York, while for the rest of the market this is not an issue.This means that manufacturers mainly produce standard windows”Christian Zuani explains.

In the UK they are betting on recovery after the by now consolidated Brexit. In Switzerland the company is just starting but promising opportunities have been identified.

Eastern European clients, with the exception of Russia, Byelorussia, Slovakiaand the Czech Republic, are followed by Daniele Zanuttini. The highest turnover is currently being generated by Poland. TWT is also very well represented there with its employees. In Hungary, however, the company is represented by machinery retailers. The other countries are followed directly by Zanuttini.

The development of each country is different, the sales director tells us, but overall the region is quite interesting for TWT because it promises to develop greatly in coming years, based on the current tendency to invest in new technology machinery.

The sales area supervised by Roberto Tomasoni also shows a rather contrasted picture. France is currently the best market. All of France is followed together with the tool manufacturing company Leuco. Tomasoni is confident that the good growth trend of 2019 will continue in the new year.

The Netherlands too have developed nicely in the last two or three years. If clients purchased new machines, they would also invest in new tool systems to upgrade the windows program. We have seen, however, that many small window manufacturers are disappearing from the market.

The Belgian market experienced its worst year in 2018. Currently, no investments in machines or tools have been observed, a consequence of the country’s scarce new building construction activity.

In Spain, TWT holds fast with Simatec S.L., a branch in Saragozza managed by Luis Ros.

Tomas Zuani is the market director for the four Scandinavian countries.

As he has stated himself, TWT finds itself in the comfortable position of being the only tool supplier of its sales partner for window and door manufacturers. The market features large-sized manufacturers. Kyocera Unimerco has been working there for the last ten years. 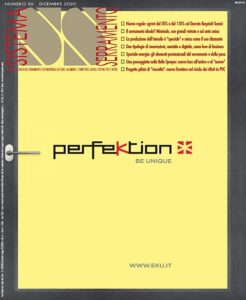 WHEN SYNERGY LEADS TO CHANGE (PART 6) 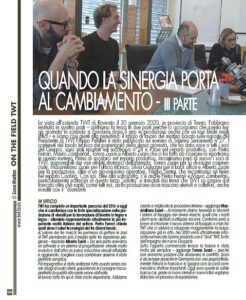 WHEN SYNERGY LEADS TO CHANGE (PART 7) 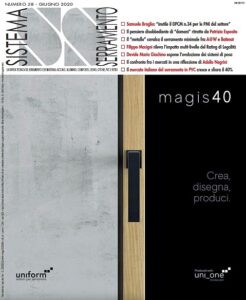 WHEN SYNERGY LEADS TO CHANGE (PART 4)