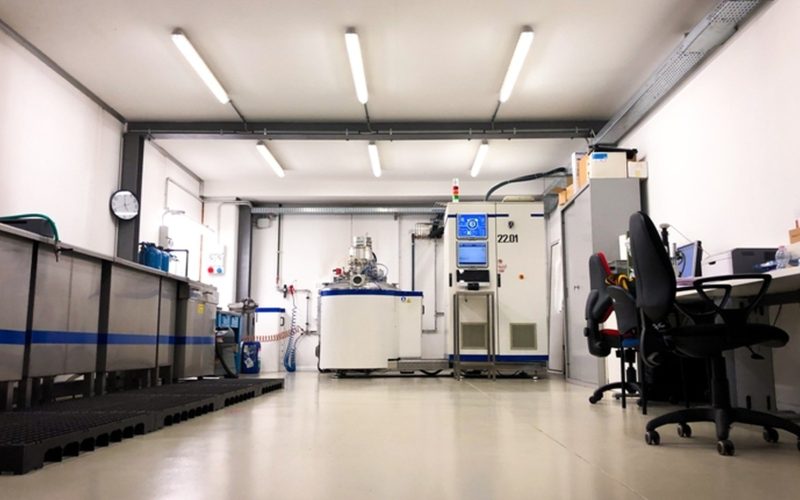 NaDia stems from an ambitious research project that has significantly improved tool performance. For further insight into this technology we brought to the meeting table Filippo Pellitteri, the President of TWT, Filippo Senter, the Head of the company’s Engineering Department, and Floriano Zambelli, an external consultant.

In 2008, the company then called Zuani expressed the need to improve the performance of its tools so as to give its clientele greater added value. This is because, during the wood processing phase, the cutter undergoes wear deriving from both mechanical and chemical actions, conditions that drastically shorten the tools’ useful life. The idea was to increase the lifespan of the cutter by reducing its wear while ensuring the same levels of wood processing quality and finish.

The firm turned to the Physics Department of the University of Trento and thereby launched a joint project coordinated and supervised by Floriano Zambelli. The fruit of four years of intense work was named NaDia – a term that stands for Nanotechnology from Diamonds – a revolutionary cutting insert coating.

(in the photo from left to right: Flippo Pellitteri and Filippo Senter)

Filippo Pellitteri and Floriano Zambelli stress how, in the beginning, research was conducted in order to understand what was the best path to follow. The market offered two types of material: uncoated solid carbide for the processing of both soft and hard wood types (mounted on the tools), and polycrystalline diamond for the processing of very hard wood types and chipboard.

What was required was an intermediate type that could last longer than solid carbide but could cut more softly and with better finishing result than polycrystalline diamond. The best solution seemed to be that inspired by mechanics, namely a coating, since in the iron sector various coatings are used to prolong the life of tools.

In mechanics there is the need to coat a cuspid that is not entirely pointy: its geometry is totally different from that of a cutter and it is easier to coat because of its rounded shape. In the removal phase, moreover, the tool’s friction generates significantly high temperatures. These variables were all taken into account.

In the wood processing sector, heat is not a problem because no heat levels such as to prejudice the cutter’s performance are generated. Based on this fact, the path led to a highly appealing prospect, namely DLC (Diamond Like Carbon), a carbon-based coating. Its low deposit temperature, its hardness and its low coefficient of friction made it extremely interesting.

A coating less than 10 microns thick does not exist in mechanics, because otherwise it would be impossible to create a compact matrix that bonds to the bulk (substrate), seeing that it is the honeycombed element that acts as adhesive.

DLC too is incapable of adhering to the bulk, i.e. to the solid carbide structure. To this end, an interlayer that could act as padding between the DLC and the bulk was studied, and from among the various elements the final choice fell on chromium.

NaDia consists of 12 layers applied in sequence that achieve a total thickness of 1.5 microns. To envisage this, think that an average hair is approx. 70 microns thick. This thickness allows the cutter to remain extremely sharp – which is a key specification in wood cutting – and prevents the ‘elbow’ effect on the cutter, thereby increasing its duration.

After choosing DLC and the machine required to perform the coating, samples were created at the university, characterised by the FBK foundation (Fondazione Bruno Kessler) with which a joint project had been launched, subjected to a closely followed sequence of tests and experiments. The recipes – that are fundamental for coating processes – were established and thus the process was industrialised.

The challenge was not an easy one. As already mentioned earlier, it took four years of research to go from conception to industrialisation. NaDia has been a pioneering technology for Italy. A similar technology existed only in Switzerland and Russia (and the latter was obsolete and unrepeatable).Today, TWT is capable of coating any kind of cutter or insert.

“The coating is deposited via a process called PE-CVD (Plasma Enhanced Chemical Vapor Deposition) in a vacuum and at low temperatures”, Filippo Senter explains. Plasma-enhanced chemical deposition (PE-CVD), in fact, is a process that deposits thin films from the gaseous state (vapor) to the solid state on a substrate (the bulk).

The very high hardness values of the coating derive from the simultaneous presence in the DLC of sp2 (graphite) and sp3 (diamond) hybridised carbon. The graphite ensures smoothness and the diamond hardness.

What are the various steps in the coating of a cutting tool?

It all starts with the quality check of the materials to be coated. Then the parts are washed, first using an ultra sound generator and then with a surfactant. They are then rinsed with water, with demineralised water and finally with ultra-demineralised water.

The parts are dried in an oven, arranged on a dedicated tray and inserted in the machine for the deposition process. The entire process lasts 4 to 5 hours. The longest stage of the process is the creation of a vacuum.

At TWT this is a consolidated routine, a standard process that however remains a delicate one. NaDia is a “no margin of error” process: no mistakes are allowed, because the material to be coated cannot be recovered and ‘fixed’, as is done in other sectors or with other processes.

The positive reaction of the market

The wood processing sector has changed over the years. The small carpenter has become a businessman who looks out for operating costs, invests in increasingly complex and technological machinery and is therefore in search for new products that can make him produce increasingly higher quantities.

The increase in cutting quality and duration is an important benefit that is highly appreciated by wooden door and window manufacturers. It is a benefit also in terms of convenience, because the tools are replaced less frequently, thereby significantly lowering costs.

NaDia therefore offers many advantages: longer duration, better finishing guaranteed by a very low coefficient of friction, increase in speed without compromising tool performance, and even a drastic reduction in maintenance and changing of inserts. This results in significantly reduced machine downtime.

TWT clients have reported that the life of NaDia coated tools is lengthened by 250%, sometimes up to 300%, compared to that of standard tools, thereby eliminating maintenance costs.

After opening to processing under contract, TWT has penetrated other sectors and industries. Other tool makers acknowledge the company’s know-how, bringing in their own cutting inserts for coating. Other clients ask not so much for longer useful life but for better processing smoothness, so as to be able to work better and achieve higher quality finished products.

TWT, for example, coats the blades for carbon and leather cutting. Although their durability remains the same, the client wants them coated because they work much more smoothly, a key factor in some processes that avoids the need to stop the tool because it gets stuck or ‘blocked up’ with material.

A likely development is the processing of chipboard, and therefore an opening into the furniture manufacturing sector. This entails further study of the coating aspect, perhaps with the aim of giving it greater structure, of finding a different bulk, of discovering new recipes, and so on. The furniture sector has high levels of demand but it also features very strong competition among complex and very large companies. Thanks to the GlobalTools division, TWT is trying to enter this sector in particular.

TWT has high stakes in NaDia: the idea is to arrive at the final client only with already coated tools. To date, all of the tips and cutters present in the warehouse have NaDia coating, but the ultimate goal is to apply the coating to all of the other products. 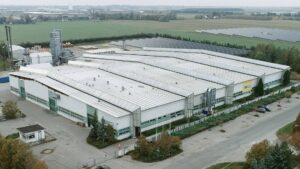 THE RIGHT SOLUTION EVEN FOR THE MOST COMPLEX PROJECTS 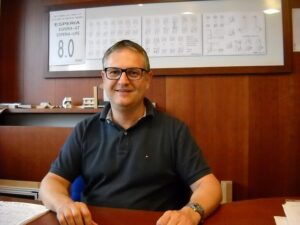 HELPING THE CLIENT GROW ON THE MARKET. AN INTERVIEW WITH CRISTIAN ZUANI 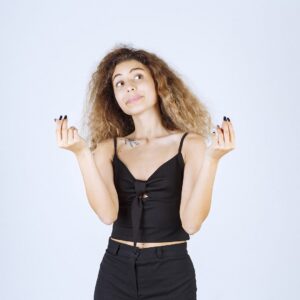 WHAT TO SAY WHEN A CLIENT SAYS “TOO EXPENSIVE”